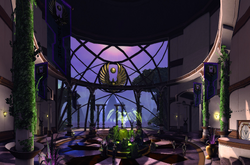 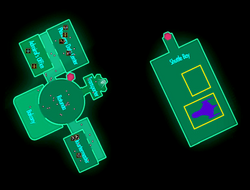 New Romulus Command is located on New Romulus, in the Azure Sector of the Beta Quadrant. It can be accessed from the New Romulus System and serves as a hub for Romulan Republic players.

In addition to the functions and services provided by the nearby Romulan Flotilla, New Romulus Command offers Recruitment and Requisition of Duty Officers (unlocked at Level 11). The original Dilithium Equipment Vendors and Crafting Consoles however are unavailable since the Season 9.5 Crafting System revamp.