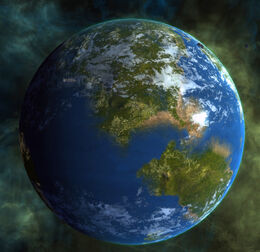 As of 2409, Vega Colony is home to more than 2.8 million Federation citizens. The colony's administrator is Willa Post; other known current or former residents include Kolez, as well as Cpt. Va'Kel Shon and his family.