Enhanced Battle Cloak is a player-only ability available only on a select few Klingon Empire starships. It allows the player to cloak during combat and vastly increases survivability although has to be used with caution as it will remove your shields. As the player cloaks, any weapons that were already firing on you will continue to do so, such as cannon weapons or beam weapons, and also any projectiles that were in mid-flight will hit. All of this damage goes straight to your hull.

Although specifically called a Battle Cloak, players can still use this ability out-of-combat as they would a normal cloak. This is a toggle ability and will not remove itself even if the player attempts to fire at a target. To remove the cloak once it's active, click on the Battle Cloak ability in your hotbar again. Players can use all abilities while cloaked which is very valuable as it allows you to come straight out of cloak pre-buffed.

Enemy players in PvP can remove this ability by using their own scanning abilities. Others players can also detect you if you move too close to them. Friendly players will still be able to see you in a cloaked state and also at distance.

The enhanced battle cloak allows it to fire torpedoes and deploy mines as well as use most Captain and Bridge officer abilities, by momentarily decloaking and then automatically recloaking.

This ability can be found on the following starships: 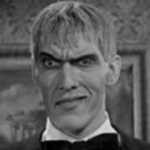