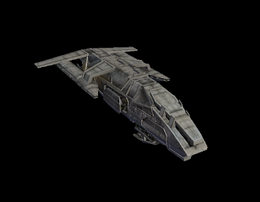 Alien Escorts (also known as Generic Escorts) are escorts used by some minor races created for the game. They are currently only available in the Foundry, though used to appear in exploration clusters, before they were removed as part of the Season 9.5 update patch.

All three designs are available in the Foundry as NPC Contacts.