The Alpha Quadrant is one of four quadrants in the Milky Way. It is home to the Cardassian Union, the Ferengi Alliance and the United Federation of Planets.

The Alpha Quadrant has significant influence from the powers in the Beta Quadrant to the extent the Klingons and Romulans have been referred to as Alpha Quadrant powers. The interest in the sector is largely around the presence of the Bajoran wormhole and the station by it, Deep Space Nine.

The quadrant is also known to contain examples of shocking interstellar beauty and scientific wonder such as the Argolis Cluster, the Arachnid Nebula, and the Badlands.

The Alpha Quadrant is one of the two largest playable quadrants in Star Trek Online, but it still covers only a fraction of the overall quadrant. As of Season 12, it covers 35 sectors including much of the Federation's Alpha Quadrant members along with most of Cardassian and Ferengi space, as well as sections of Breen space.

Before the release of Season 10, Alpha Quadrant was divided into four sector blocks: Zeta Andromedae, Beta Ursae, Alpha Trianguli and Orellius. With Season 10, all sector blocks were merged into a single unit and expanded. With Season 12, more sectors were added further towards the galactic core, and few of the previously existing sectors and planets were moved into the expanded area. 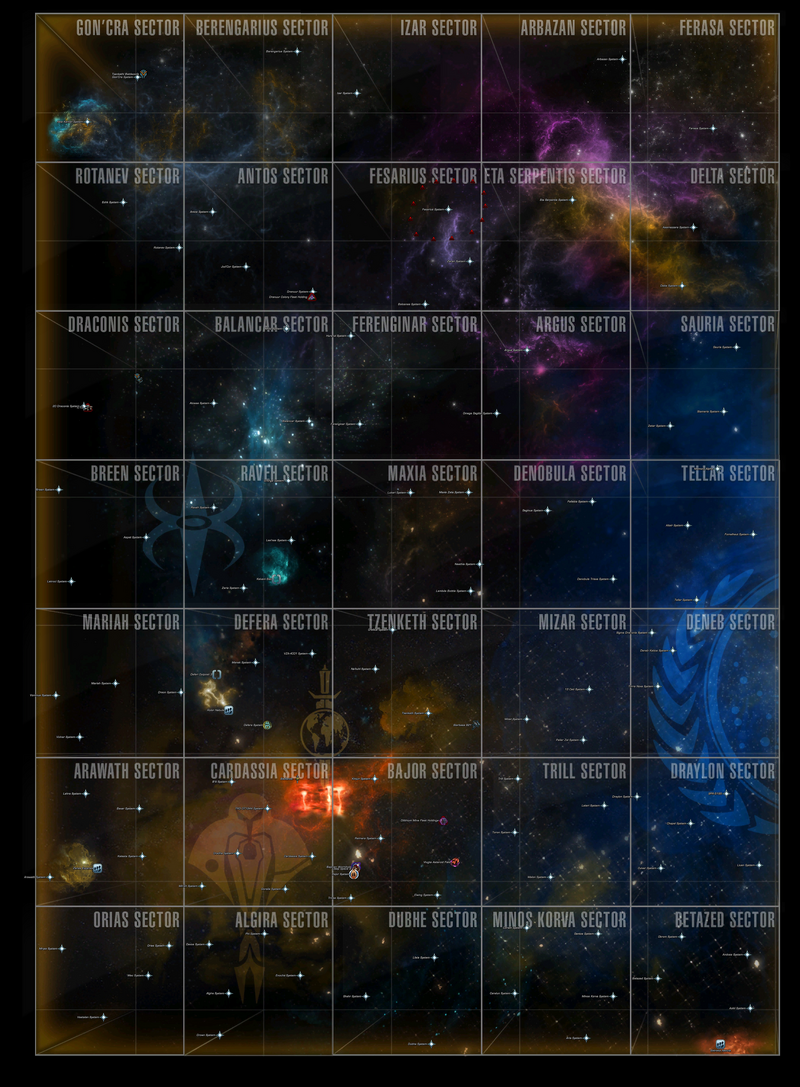