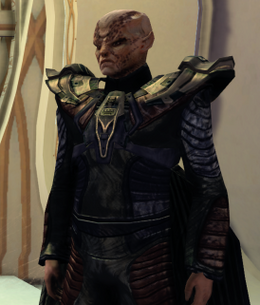 Commander Arranhu is a Reman who is the captain of Taris's personal guard.