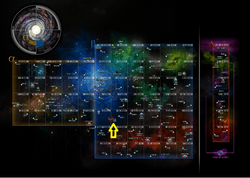 The Ayala System is a star system located in the Kassae Sector of the Beta Quadrant. It is the site of a Federation maximum security facility. The existence of Facility 4028 is not general knowledge.