The Beta Quadrant is one of 4 quadrants in the Milky Way. It is home to the United Federation of Planets, Klingon Empire, Romulan Star Empire, and Romulan Republic. The early missions of Star Trek Online mostly takes place in the Beta Quadrant.

The Beta Quadrant is dominated by the Federation, Klingons and Romulans. Near the border to all three, it contains an Iconian gateway to the Delta and Gamma Quadrants providing a crucial link across the galaxy. Of the playable quadrants, the Beta Quadrant has a large number of player hubs and battlezones, and other regions which feature heavily in canon or missions such as the Mutara Nebula and the Briar Patch

The Beta Quadrant is one of the two largest playable quadrants in Star Trek Online, but it still covers a fraction of the overall quadrant. It covers 42 sectors including much of the core of the three main factions: the Federation, Romulan Republic and Klingon Empire. 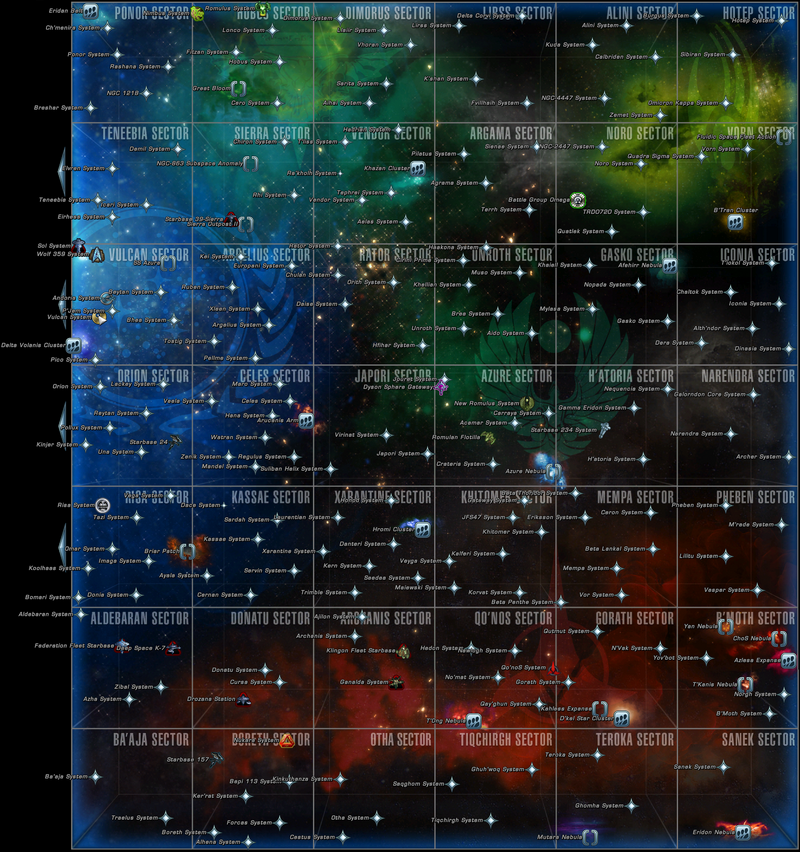 TOS Starfleet characters access a different version of the Beta Quadrant, one set in 2270, until they complete the mission “The Battle of Caleb IV”. This Beta Quadrant has a few different systems visible by default and focuses only on 9 sectors.

The graphic takes the design of maps seen in the 23rd century and shows the Romulan Neutral Zone. An attempt by the player to cross the Neutral Zone is stopped by the player's bridge officer, citing that they do not have permission to cross it. 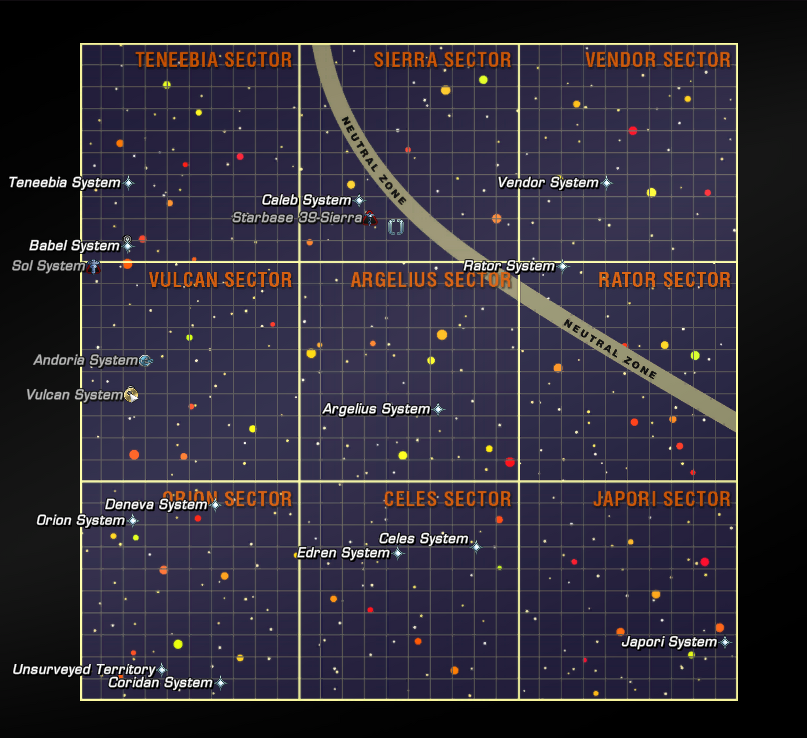 DSC Starfleet characters access another different version of the Beta Quadrant, one set in 2256, until they complete the mission “Downfall”. This Beta Quadrant displays Starbase 1 and focuses only on 4 sectors.

The graphic resembles the war map seen in Lorca's ready room on the U.S.S. Discovery. 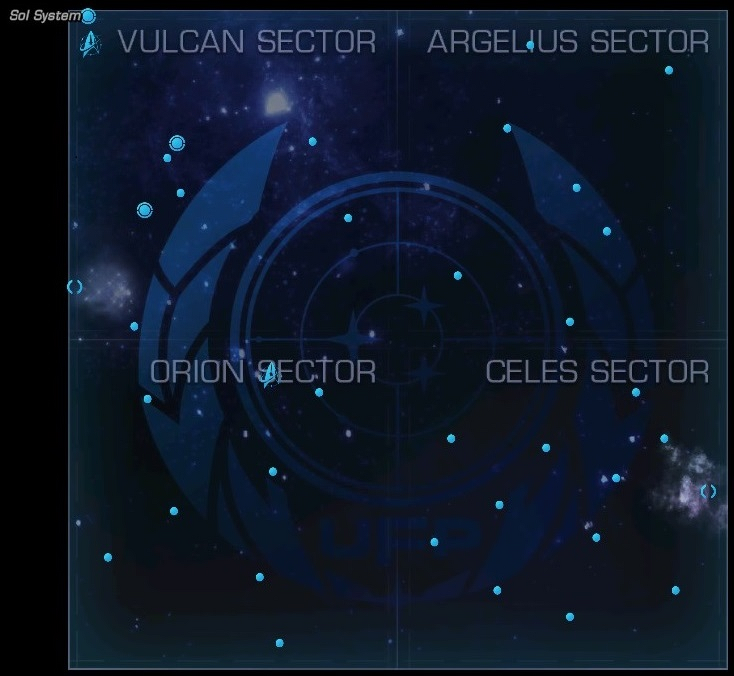 Sectors marked with * or ** are the ones forming sector space visible to early TOS Federation characters.

Sectors marked with ** are the ones forming sector space visible to early DSC Federation characters.