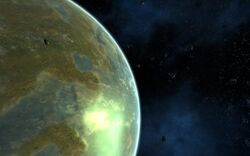 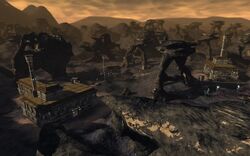 The colony on the planet's surface

Beytan V is a planet in the Beytan System. The Federation is operating a mining colony there under Chief Vanderberg. The planet is covered in a dense and tight asteroid belt.

The colony has three major building complexes. A living quarter in the North, an industry complex to the South and the administrative office to the East. 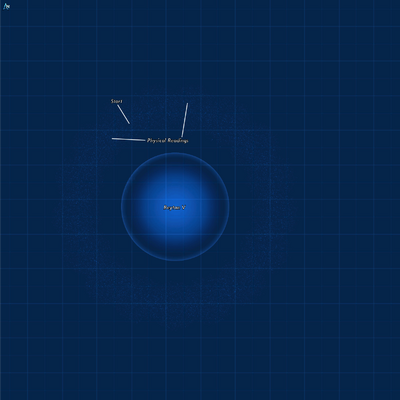 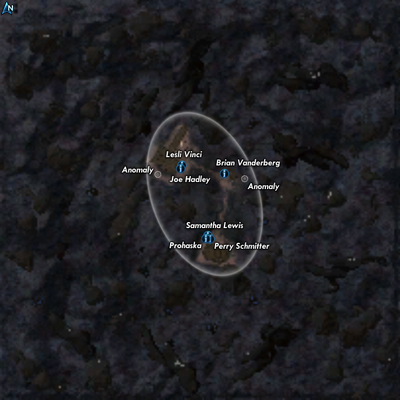 There are two anomalies in orbit and on the surface of Beytan V each.