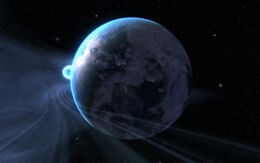 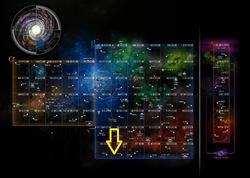 The Boreth System is a system located in the Boreth Sector of the Beta Quadrant.

It is the location of the sacred Boreth monastery where the Sword of Kahless, the first Bat'leth, was kept.

When Kahless the Unforgettable left his Empire, he pointed to a star and announced that he would one day return at that point of light. The Boreth system is that star, and in tribute to the Promise of Kahless, a monastey there holds a revered order of Klingon monks who keep the memory of the Promise alive.