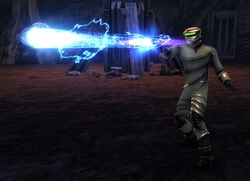 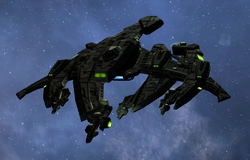 This article refers to the Breen faction. You may instead be looking for the species Breen or the planet Breen

Shrouded in mystery, the Breen are a warrior race, but have quite a distinct codex than e.g. the Klingons in that they prefer to take prisoners for slave labor. Morality, as most sentient species know it, is mostly replaced by values like duty and survival. Therefore, they commit actions deemed atrocities by most races, but, in a Breen mind, the goal always justifies the means. Thus, on the other hand, killing without purpose is not compatible with the Breen sense of personal honor.