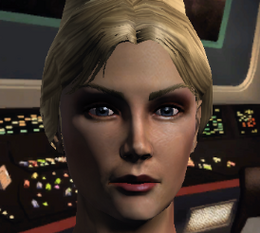 Captain Bridget McKinnon is a Human Starfleet officer in the 23rd Century. She is captain of the U.S.S. Zheng He.