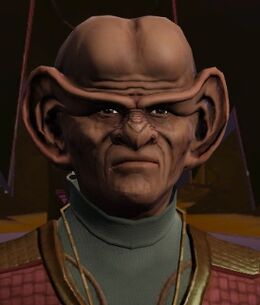 Brunt is a liquidator working for the Ferengi Commerce Authority (FCA) who has had an antagonistic relationship with Quark prior to his brother Rom becoming Grand Nagus. Despite this, he aided Quark and Rom in the rescue of their mother in 2374.