The Character Status window in Star Trek Online can be accessed by pressing “U” on the keyboard (by default), or by clicking the Character Status icon on the minimap. It displays detailed information about the player character and commissioned Bridge Officers.

This tab displays the status of the player character, starship, or Bridge Officer. Here, the player can write a biography, open up the Inventory window, and select their displayed title.

On the right hand side of the window, the captain's portrait and current loadout is shown including kit modules, shields, weapons and devices.

To the left is the captain window shows the faction/career symbol, captain's name, rank, diplomatic rank and race, followed by; 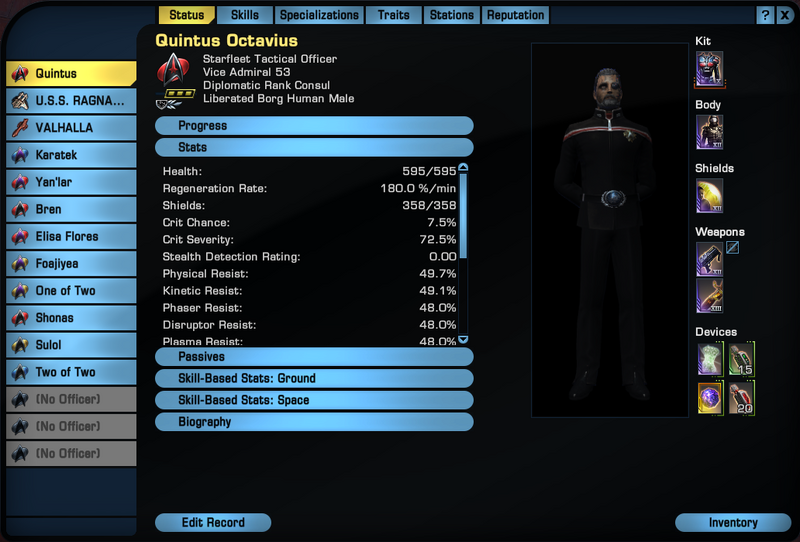 To the right, the officer's loadout which is similar to the captain's load out except for the absence of kit modules and a second weapon.

Between the captain and their bridge officers, the page shows the currently active starship and small craft.

The screen displays the ship's name, class and a picture. On the right hand side all the ship's current equipment (loadout) is shown by slot. On the lower left four tabs are available; 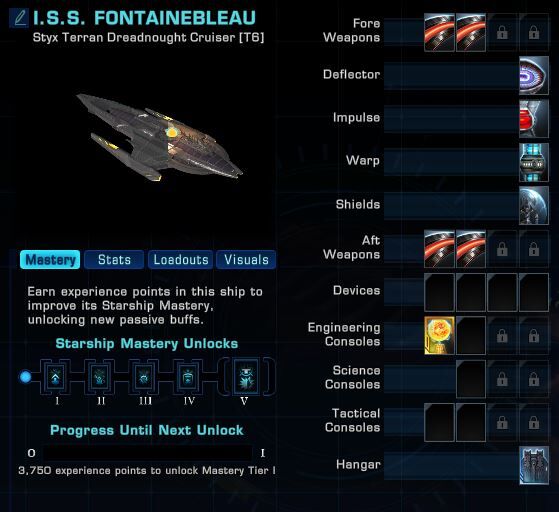 Template:Main This tab display's the player's skill tree, broken down into Space, Ground and Specializations.

When a bridge officer is selected, it will show their available skills for ground and space, broken into Ensign, Lt, Lt Commander and Commander. For each of these positions, the screen shows possible skills the officer could be trained in, which the player will need the manuals for. From this screen it is also possible to train the bridge officer in a specialization, which then unlocks new abilities, but for each position they may only have one active at a time.

The space skill tree gives a large matrix of powers and buffs which the player can unlock with points obtained with each level of their progression. A captain will not gain enough points to unlock every ability but they can pick skills from any career path. However, the further they progress in a single career path, the more bonuses they can unlock from that track. 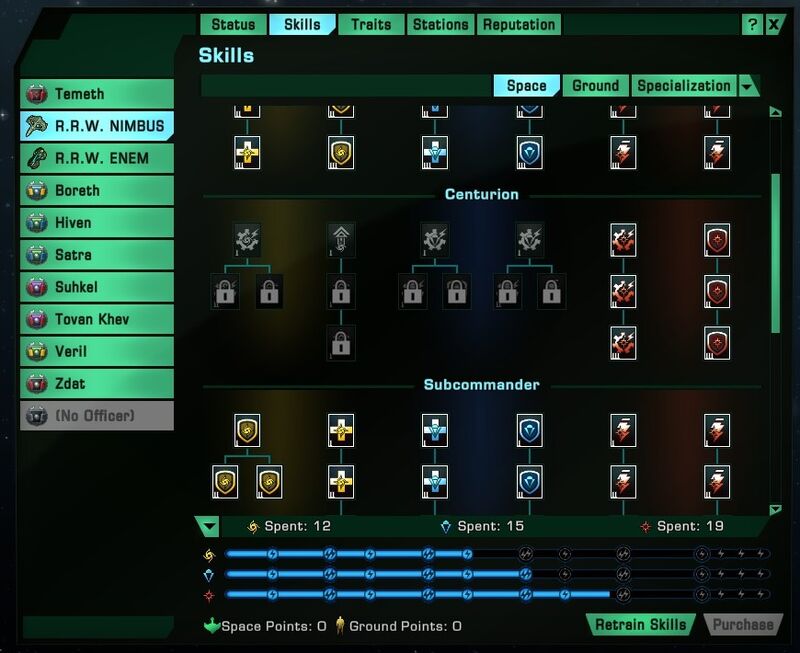 This tab display's the player's Skill tree. With fewer ground points gained than space, there are fewer abilities available to unlock. As with Space, not all abilities can be unlocked and bonuses are obtained through progression. 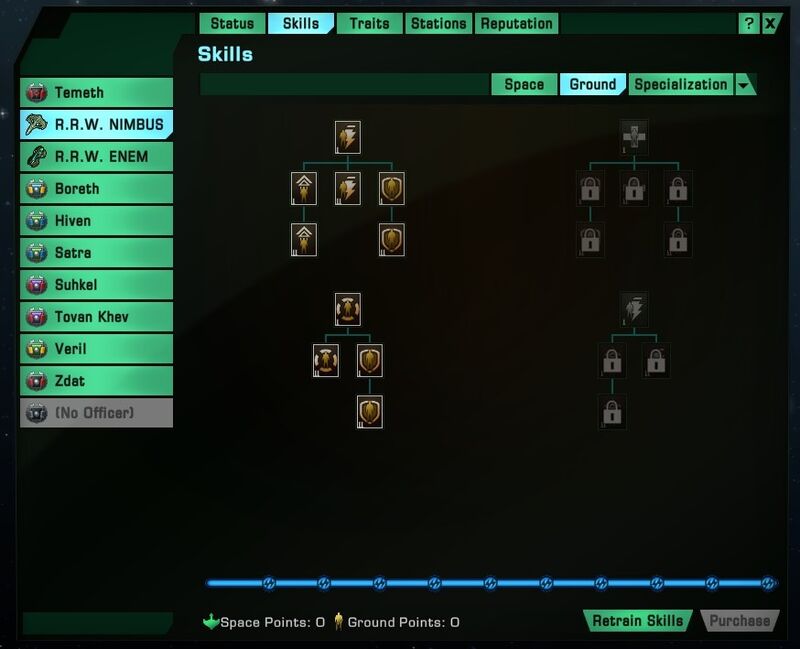 Template:Main Captain Specializations are unlocked at level 51 and works in a similar way to the other skill point trees. With each level gained the captain gains a specialization point to spend in one of the specialization trees available. They can have one tree active as a primary, and another as a secondary, at any one time but they make unlock every tree entirely. 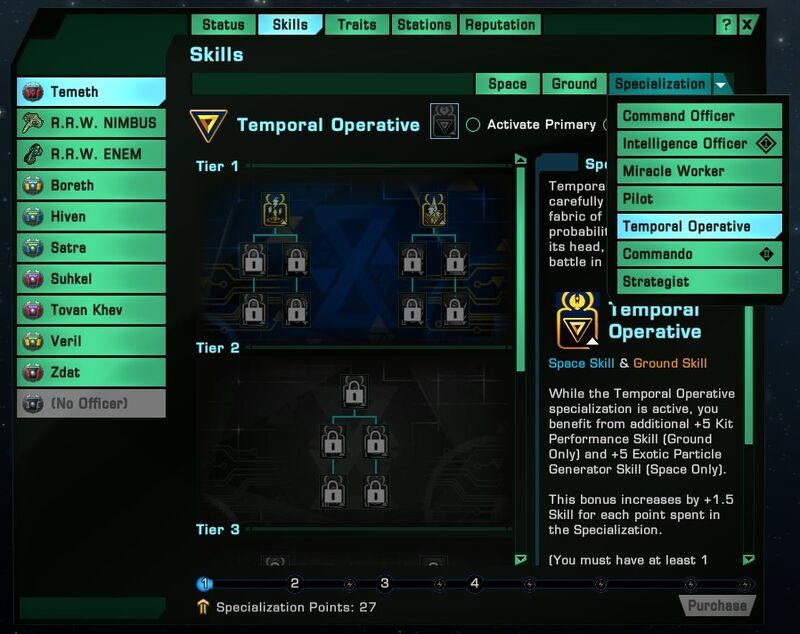 This tab displays the player character or Bridge Officer's Traits. For captains, they are broken down into different categories according to their type and method of acquisition; 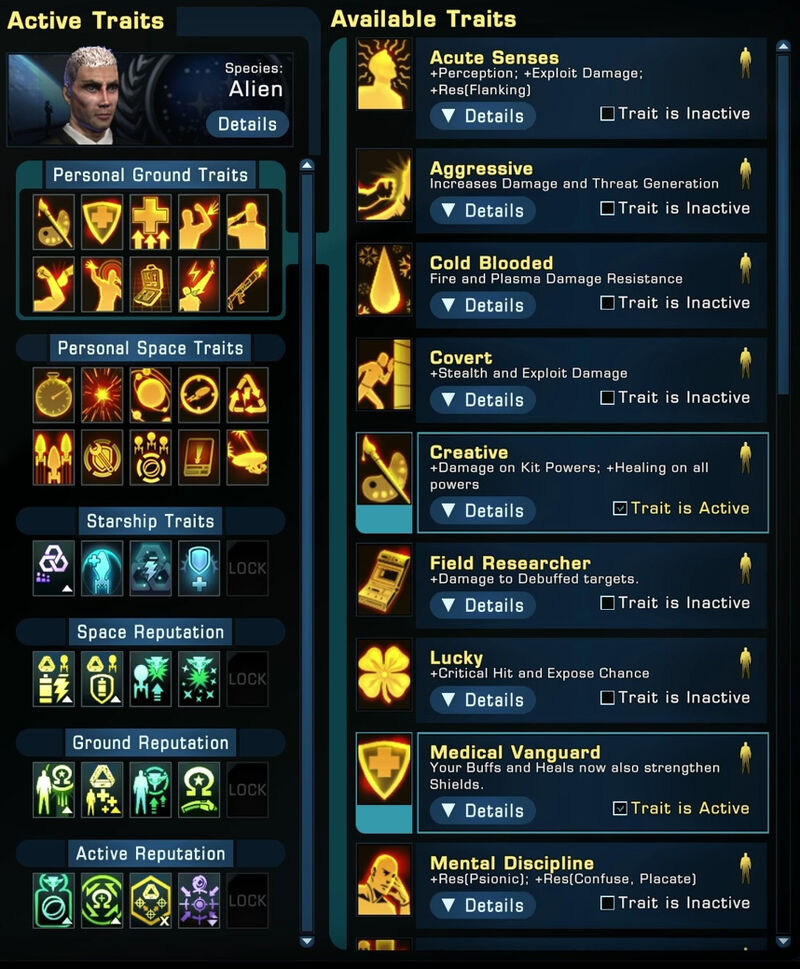 This tab displays the bridge officer stations for the currently active starship and small craft at the top. When a bridge officer has more than one available power for a slot 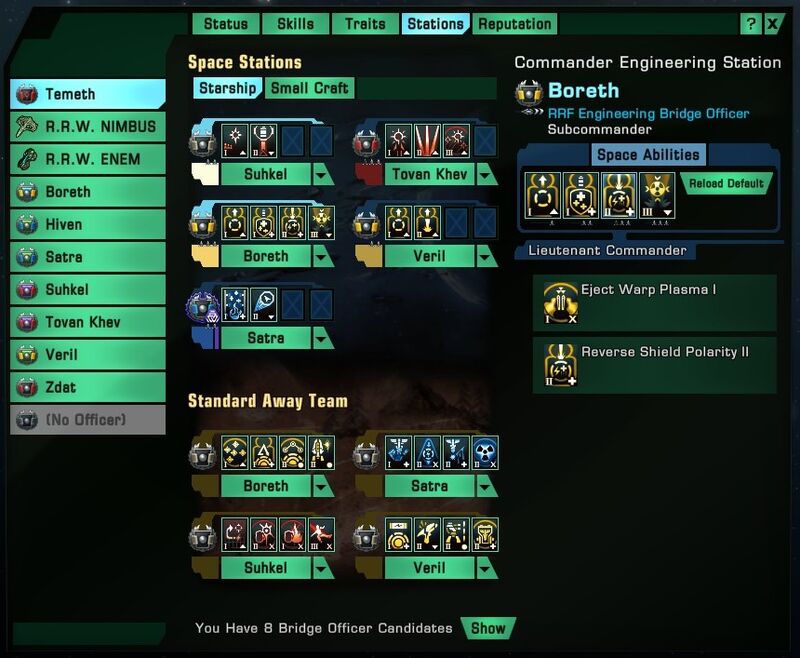 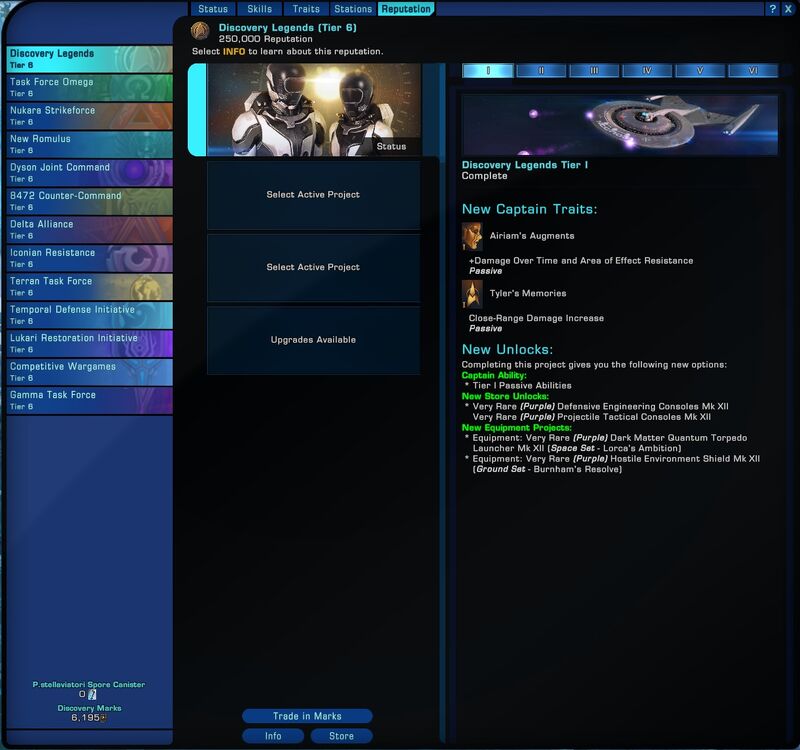