Edit
watch 02:53
GTA: The Criminal Enterprises - The Loop
Do you like this video?
Play Sound
DSC Starfleet 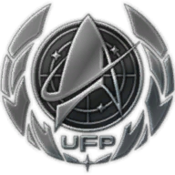 The DSC Starfleet is one of the playable factions in Star Trek Online. Not a faction in true sense of the word, the DSC Starfleet presents an alternate starting experience for Starfleet Captains before taking them into the regular Starfleet storyline. Created as part of a new streamlined starting experience, players are given the ability to create a new captain in the Star Trek: Discovery-era and are set on an adventure featuring new storylines running parallel to the show, including locations, celebrities, and era-appropriate starships.

Starfleet is the United Federation of Planets' military, defensive, and exploratory branch. Note that "Starfleet" is not the Federation; it is only the military branch of a civil government, similar to the United States of America's naval branch.

Starfleet, now around 100 years old, has pushed the boundaries of exploration to the edge of known space leading to a further expansion of Federation's territory. This caused increased tensions between the Federation and the Klingon Empire which ultimately led to a war in 2256. Starfleet did what it could to avoid the conflict, but once it began it struggled to hold its own against the Klingons. Starfleet of this era is one questioning its principles in the face of annihilation.

While the faction loading screen uses a blend of the Starfleet and Federation emblems. The central, arrow-shaped delta in the center forms Starfleet's formal emblem.

In 2256, Starfleet's uniform is the dark blue Discovery design.

Starfleet ranks roughly mirror those of the U.S. Navy, with crew being given ranks of Cadet, Lieutenant, Lieutenant Commander and Commander. Ship commanders usually hold the rank of Captain, but sometimes a commander is referred to as Captain even if they are of a different rank. Senior officers hold the ranks of Vice, Rear and Fleet Admiral.

Upon starting a new DSC Starfleet character, players must choose a career (analogous to a 'class' from other MMORPGs) and a species (or race). The career determines the character's native abilities, and the race determines the character's innate traits and, in certain cases, special abilities. In combat, the career choice and racial traits affect the gameplay and strategies used by the player. When the player completes (or skips) the tutorial, a Malachowski-class starship is assigned to them.

Each profession has its own advantages (and disadvantages) in the gameplay of Star Trek Online.

With the launch of Season Fifteen: Age of Discovery, there are only three race choices available to choose from: Human, Vulcan, and Alien. More races are expected to added, including Discovery-themed versions of Andorians, Tellarites, and Saurians. A player's choice of race is important and cannot be changed, so it is advisable to choose carefully.

All DSC Starfleet characters receive the factions-specific Federation Shuttlecraft for free by completing “Reporting In”.

There are three main types of playable Starfleet vessel, each with numerous sub-types for different ranks and styles of play, and each of those sub-types may have a number of cosmetic variants. The types of vessel are generally biased towards a specific class, but players of any class can captain any type of vessel.

The tutorial and Age of Discovery arc begin one month after the Battle of the Binary Stars in 2256, and run parallel to events seen in the aforementioned TV show.

Once “Downfall” has been completed, player is sent to 2409 and integrated into the standard Starfleet storyline. DSC players have some specific dialogue to reflect the events they were part of in the past and, to differentiate the two factions, they retain the 23rd century effects and animations (e.g. the transporter effect).