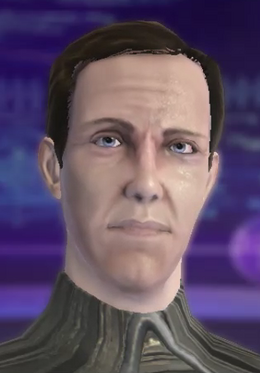 Daniels is a "mostly Human" temporal agent from the 31st century. He plays a pivotal role in the Temporal Cold War, often assisting the crew of the Enterprise (NX-01) in preventing temporal incursions in the 2150s, and continues to do so with players in Star Trek Online.