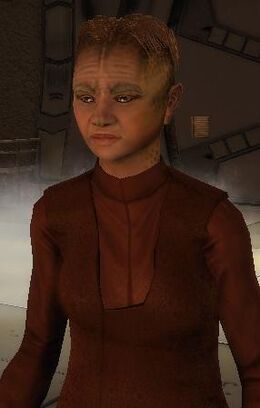 Dexa is a Talaxian female, and wife of Neelix, the Federation's Ambassador to the Delta Quadrant.

In 2378 Dexa was living on a Talaxian asteroid colony with roughly 500 other Talaxians when she met Neelix. The two established a relationship, and Neelix decided to join her on the colony, ending his tenure as the U.S.S. Voyager's guide to the Delta Quadrant.