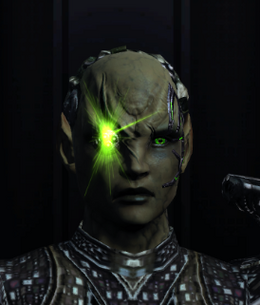 Donatra is a Romulan Commander who by 2409 has been assimilated into the Borg Collective as an Elite Tactical Drone.