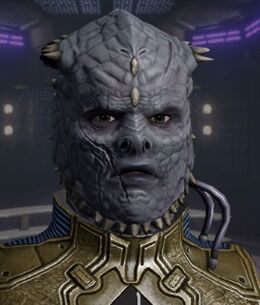 Dukan'Rex is an Elder First Jem'Hadar part of Odo's fleet. He is the most senior Jem'Hadar serving Odo and acts as one of the mission givers for Dominion players.