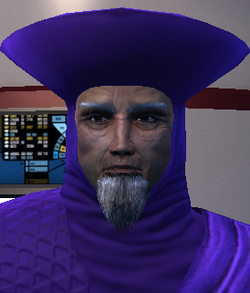 El-Aurians are a humanoid nomadic non-player race found throughout the Federation. They are remarkable for their extraordinarily long lifespan and consider themselves good listeners. A famous El-Aurian is Guinan who worked as a bartender on the Enterprise-D. (Star Trek: The Next Generation)

El-Aurians are physically very similar to Humans. Members of the race are very long lived with lifespans of several centuries. Guinan once said that her father was 700 years old. El-Aurians may have Empathic and possibly transtemporal senses.