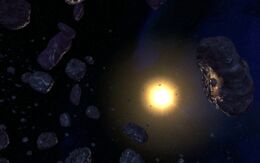 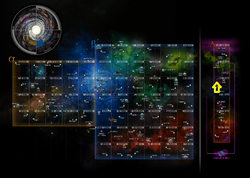 The Entaba System is a system located in the Kotaba Sector of the Delta Quadrant and site of a Talaxian asteroid colony.

More than 3,000 Talaxians have settled on an asteroid base in the Entaba system, where they use the asteriod's geothermal energy to melt the ice covering the surface, providing oxygen and water for the residents. The Talaxians at the colony have been sending out trade and survey ships for more than a decade, searching for an uninhabited M-Class world that is similar to Talax.