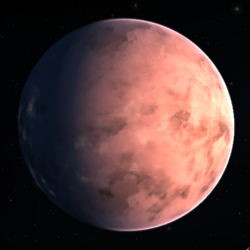 Ferenginar is the home world of the Ferengi and capital of the Ferengi Alliance. The planet is known for its humid climate and almost constant rainfall.