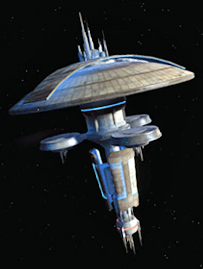 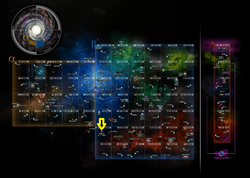 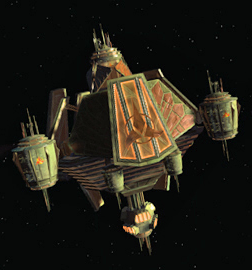 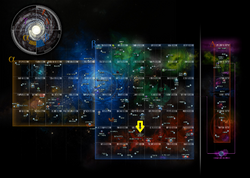 Fleet Starbases are fleet holdings, i.e., starbases entirely run by a fleet. Located in the Federation/Klingon Fleet System within the Aldebaran Sector/Archanis Sector, Fleet Starbases provide amenities including mail, duty officer, and bank terminals as well as the “Officer of the Watch” daily mission.

If players of a group belong to different fleets, the starbase to be defended is randomly chosen from one of the participants. The enemy faction encountered is also randomly determined, with some enemy groups only encountered when the attacked starbase has reached a certain tier.

The starbase and its departments progress through the tiers by gaining XP in these categories. This is achieved by completing fleet projects requiring large amounts of various resources which can be contributed by all members of a fleet.

Completing one department tier grants 1,000 XP for the parent holding. For example, in a newly created fleet, finishing Science 1 (or Engineering 1, or Military 1) gives 1,000 Starbase XP and unlocks the "Build Tier 1 Starbase" project.

Fleet starbases have a complement of weapons and abilities they can use to defend themselves and which become more powerful as bases reach a new tier. Their weapons are few in number, but much more powerful than those used by starships. Starbase weapons also have a 360° firing arc.