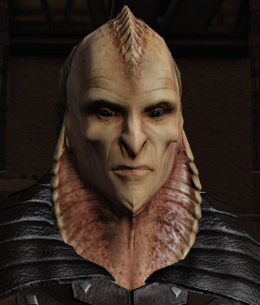 Gaul is the leader of the Vaadwaur in 2410. He was among those awakened by the U.S.S. Voyager in 2376, and is fanatically dedicated to restoring the Supremacy to its former glory.