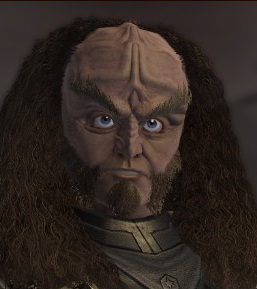 Gowron, son of M'Rel, was Chancellor of the Klingon High Council from 2367 until he was killed by Worf and succeeded by Martok during the Dominion War in 2375. He is the grandson of Aakar of House Mo'Kai.