These are recreations of the updated uniforms worn by Terran Empire NPCs, which went live with Season Eleven: New Dawn. Fully utilizing this guide requires the player to own Terran Empire Odyssey Outfit and Terran Empire Jupiter Outfit (Leeta's Variants) from the Lobi Crystal Consortium along with the Zen Store Mirror Universe, Jupiter Uniforms, and Intel outfits.

Please note that, while painstaking care was taken to ensure close matches to the NPCs' coloration, there may be slight shade variations, and it is not possible to perfectly match some pieces with the palettes available to players. Science officers are particularly affected, as they use a range of blues that doesn't exist in player uniform palettes. Additionally, there is some minor variation in the NPCs themselves, presumably mistakes.

Terran Empire Odyssey uniforms appear to use the same coloration as their prime universe counterparts, but with Terran Empire badges and ranks. Recreations of the pre-Season 11 Terran uniforms are available here.

In addition to being worn by Ensign rank mobs, Captain Leeta wears a variation of the Tactical uniform with Captain rank boards and shorts. 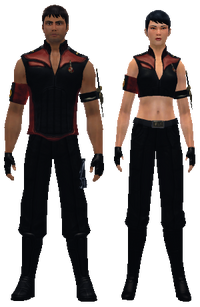 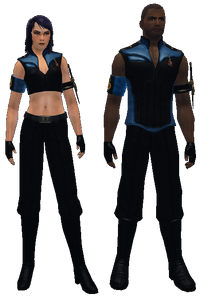 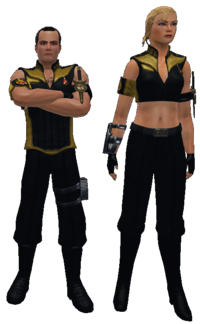 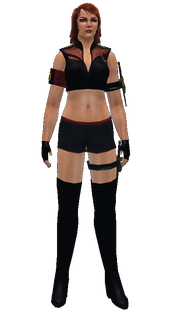 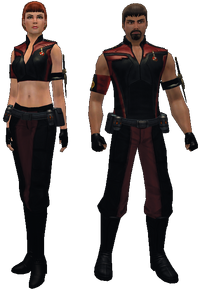 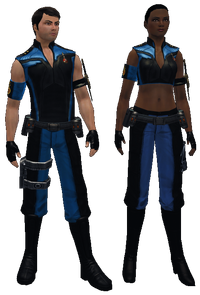 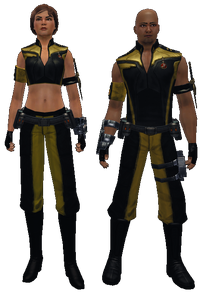 Note: The color of the pants for female characters can be matched to males by using Panels and Pockets in the Tucked Low category. 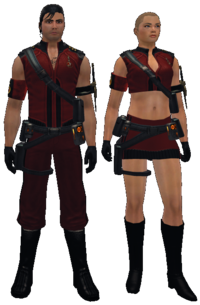 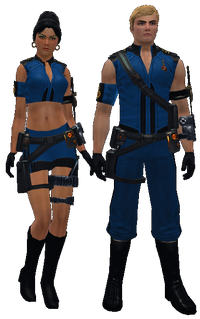 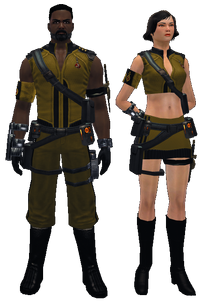 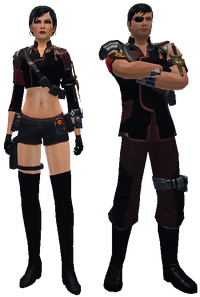 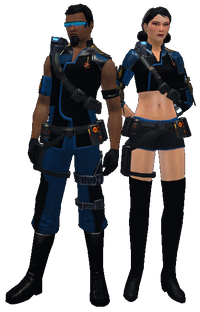 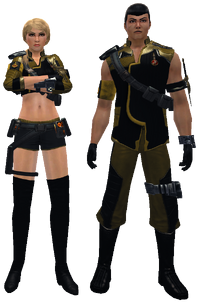 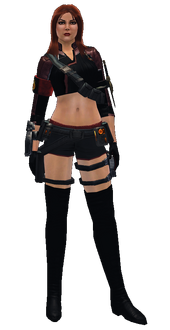 Note: The Jupiter 1 jacket is missing a swatch to recolor portions of it, preventing a good match of the NPCs.