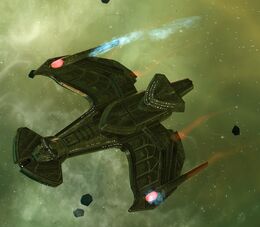 The I.K.S. Batlh is a Klingon Negh'Var Warship and the flagship of Emperor Kahless.