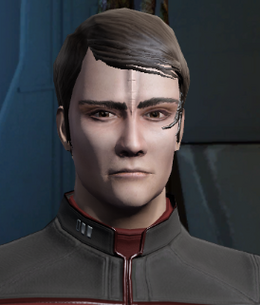 Lieutenant Commander Icheb is a Liberated Borg-Brunali Starfleet Tactical officer. He is stationed in Club K7 of Deep Space K-7, next to the bar.