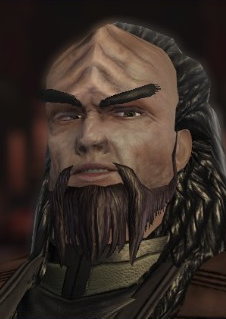 Ja'rod is the son of Lursa, Captain of the I.K.S. Kang, and leader of the House of Duras.