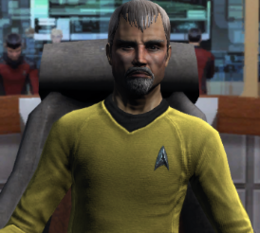 Commodore Ross was searching for a Klingon vessel reported to have attacked a colony in the Gliese System.