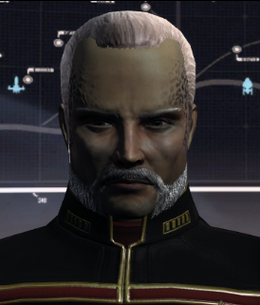 After the mission “Heading Out”, Admiral Quinn hands you over to Admiral T'nae as your primary mission giver. He is also one of the many NPCs who can be found at the Captain's Table.