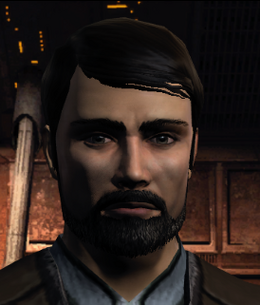 Joshua Riker is a Human whom players meet during the “Badlands” mission. He is the son of Thomas Riker, a transporter duplicate of William Riker.

Joshua took over after Thomas died several years later of heart failure while carrying his critically injured wife back to camp, where she died as well.