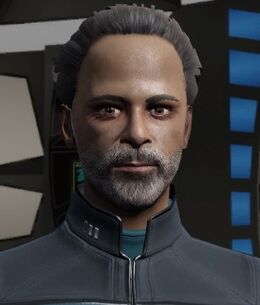 Doctor Julian Bashir is a Human Starfleet officer, and former Chief Medical Officer of Deep Space 9. He is married to the captain of the U.S.S. Aventine, Ezri Dax, with whom he has children.