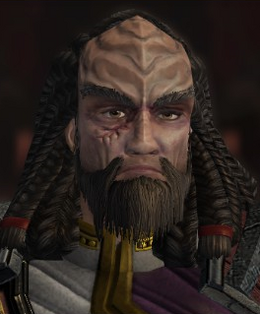 Captain Kagran is a Klingon officer. He is responsible for coordinating the efforts of the Iconian Resistance, and reports to the commanders of Starfleet, the Klingon Defense Force, and the Romulan Republic. In 2411, he commands the A.F.S. Khitomer, the first Khitomer Alliance Battlecruiser launched under the Khitomer Alliance's Allied Fleet Service.