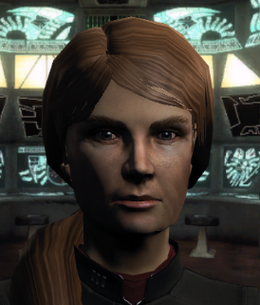 Commander Karen Andrews is a female Human Starfleet officer who served as an executive officer of Captain James Kurland on Deep Space Nine in 2409.