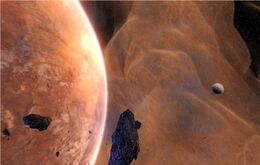 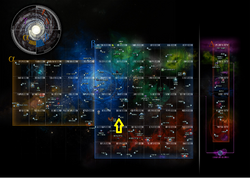 The Kassae System is a system located in the Kassae Sector of the Beta Quadrant.

The Federation Science Council has an archaeological research team stationed on Kassae II to study an extensive series of underground ruins linked to a reptilian race that may have been a precursor to the Gorn and Saurian species, among others.