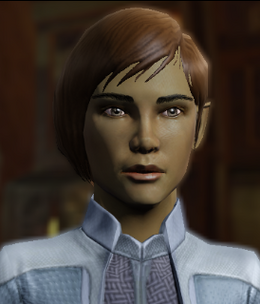 Doctor Kavra is an independent researcher and one of the scientists kidnapped by Klingon Ambassador B'vat in 2409 to assist the Klingon Defense Force in developing experimental weapons to be used in the war against the Federation.