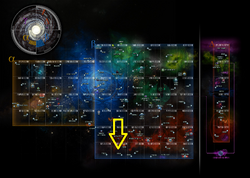 The Ker'rat System is a system located in the Boreth Sector of the Beta Quadrant.

Like the N'Vak System, it is an access point to the Space War Zone, in which players must complete certain objectives. Both systems feature a large Borg presence with a scenery containing a small cracked planet and Borg remains.

An equivalent ground war zone can be accessed from the nearby Otha System, as well as from the Qay’ghun System.

It is a free for all PVP arena.

Ker'rat is a dim orange star with a jungle world located at the edge of its habitation zone. During the Borg incursion into the Beta Quadrant, the Borg cannibalized the planet's moon to create repair facilities for their forces. 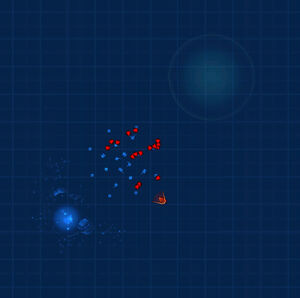 Map of the Ker'rat System.