You may be looking for the duty officer named N'Vek. 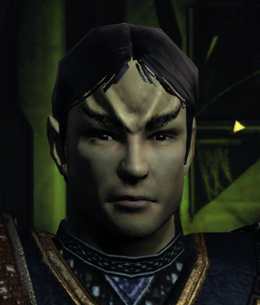 Khaiel N'Vek is a Romulan Commander and a member of the Tal Shiar. In 2409 he commands the I.R.W. Fraire.