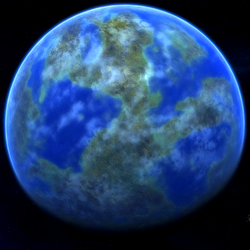 The Chamber of Conquest on Khitomer in 2409

For other uses, see Khitomer (disambiguation).

Khitomer is the primary planet of the Khitomer System and an important Klingon Empire colony world.

In 2293, Khitomer was the site of a conference that led to the Khitomer Accords which laid the foundations for peaceful relations between the Federation and the Klingon Empire for decades. The crews of the U.S.S. Enterprise-A and U.S.S. Excelsior played a vital role in the success of the conference.

In 2346, Ja'rod of the House of Duras betrays the Klingon colonists and gives the Romulans information that allows them to invade Khitomer and wipe out its 4,000 inhabitants. Worf and Kahlest are the only known survivors.

In 2382, Klingon forces led by General Mojog retake Khitomer and the colony is gradually rebuilt.