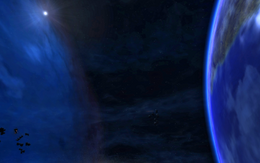 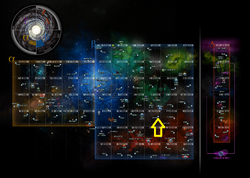 An M-Class planet used as a neutral site multiple times for diplomatic negotiations, Khitomer played a vital role in the formation of the Klingon-Federation alliance of the late 24th century. Host to the historic Khitomer Conference in 2293 which started the first peace negotiations between the Federation and the Empire, by 2346 the planet was home to a Klingon colony destroyed in a sneak Romulan attack known afterwards as the Khitomer Massacre. Taken by the Romulan Star Empire after the attack, it remained in Romulan hands until 2382, when the Klingons took the world back by force over Federation objections. Three years later, all non Klingons were expelled from the planet. The U.S.S. Enterprise-E participated in the evacuation.