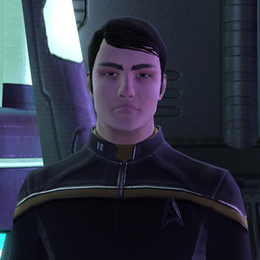 Lieutenant Commander Kirayoshi O'Brien is the Human Chief Engineer of the U.S.S. Enterprise-F who was formerly located in the southwest wing of Memory Alpha.