Since the events of Star Trek: Nemesis, the Klingon Empire has expanded its territory, notably its take over of the Gorn homeworld, but also various other species such as the Nausicaans and the Orion. As such these species serve in the KDF. Letheans offered assistance in the form of mercenary work for the Klingon Empire, and as such are available to them as a playable race in game although they are not a fully admitted member of the Klingon Empire.

Klingon culture values tradition, ritual, and above all, honor. All Klingons are expected to become warriors, and those who are unable to fight are obliged to commit ritual suicide. In 2405, the relative peace between the Federation and the Empire is ended and the KDF leads the Empire's expansionist and counter-Undine campaigns under Chancellor J'mpok.

In 2411, a new Klingon Civil War broke out following the arrival of J'Ula to the 25th Century, who addressed the High Council of J'mpok's dishonorable deeds. The war concludes following the fall of J'mpok in the hands of J'Ula in a duel to the death in the Great Hall during the final battle of Qo'noS. However, J'Ula passes the Chancellorship to L'Rell, who was cloned by Tenavik and the monks on Boreth as a replacement of J'mpok, instead.

Like other factions, KDF players must choose a career (analogous to a 'class' from other MMORPGs) and a species (or race). Neither can be subsequently altered. Later, when the player reaches a higher rank, a starship must also be selected, which can, however, be changed at any time.

In Star Trek Online players may choose which career they wish their character to adopt. Players are able to currently choose from the following three careers:

Each profession has its own advantages (and, of course, disadvantages) in the game play of Star Trek Online.

Klingon characters have a range of races to choose from, each of which offers unique traits and abilities. A player's choice of race is important and cannot be changed, so it is advisable to choose carefully.

There are four main types of playable Klingon Defense Force vessel, each with numerous sub-types for different ranks and styles of play, and each of those sub-types with a number of cosmetic variants.

The Klingon Defense Force has several arcs of faction-exclusive missions, after which they join the regular mission flow. 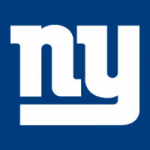