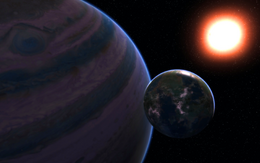 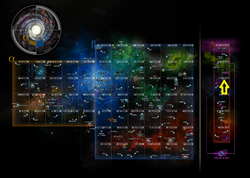 The Kobali System is a system located in the Kotaba Sector of the Delta Quadrant and site of Kobali Prime, the homeworld of the Kobali.

More than 80 million Kobali live on the homeworld, the largest and only M-Class planet in the system. The Kobali were wanderers, moving large fleets from place to place, looking for the resources they needed, including the bodies that they use to reproduce. More than 90 years ago, however, they found this system and decided to settle, building a large city on the temperate western land mass.