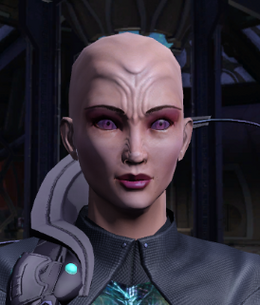 Kuumaarke is a Lukari scientist, administrator, and (later) captain of her fleet's flagship.