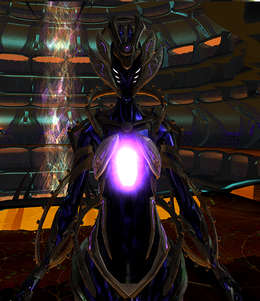 M'Tara is an Iconian overseeing the invasion of the Milky Way in 2410. She is referred to by a Preserver as "first among equals," and appears to take a leadership role among her fellow Iconians.