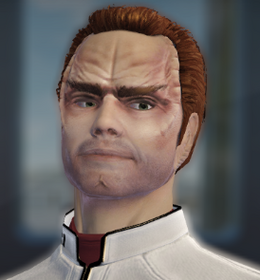 Masc P. Taggart (Borg designation, Borg One Zero One), is a Denobulan Starfleet Captain, and later a Liberated Borg. In 2409, Taggart is stationed on Earth, and commands the player's ship during their first training cruise.