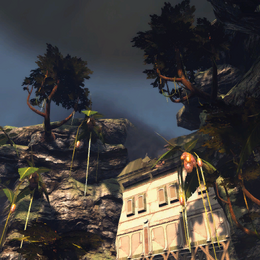 We have word that a colony in the Delta Corvi System is harboring several fugitives. Among them is a man named Vrimek who has close ties to the Reman separatist movement.

The Tal Shiar is going to show the colonists the consequences of treason.

You will act as part of the advance force that will shut down the colony's sensor grid. Once that is down, their planetary defenses will be useless and the rest of the fleet can move in. Then we will land a ground force and round up the colonists.

By this time tomorrow, this colony will be nothing but a memory.

Rendezvous with the Tal Shiar advance force in the Delta Corvi system, which is located in the Beta Quadrant.