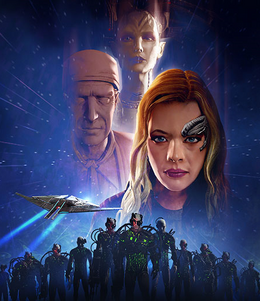 In First Contact Day is an event in which the player travels to Mars to speak with the crew of the U.S.S. Enterprise-F about the First Contact between Humans and Vulcans. This mission is only available for a few days around April 5th each year.

Its counterpart for the Klingon Empire is the “Day of Honor”, while the Romulan Republic simultaneously observes “Republic Day”.

<Rank>, the Federation's roots lie in the peaceful contact and cooperation between various species. The first contact of humans and Vulcans opened the door to new cooperation.

The Enterprise has always been at the forefront of the Federation's mission of peaceful exploration, but there would be no Enterprise if there wasn't a first contact.

I am inviting you on behalf of Captain Shon to take a tour of the Enterprise-F. I recommend you accept his offer.

Go to the Utopia Planitia shipyards, located in the Sol system of the Sirius Sector Block, and speak with Captain Shon of the Enterprise-F about First Contact Day. 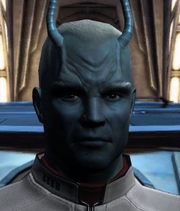