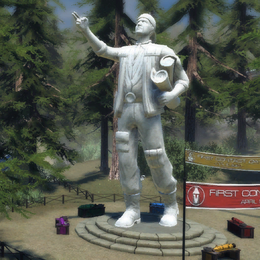 Given by:
PvE Queue
Minimum Rank (?):
10 - 60 (Normal)
Repeatable:
Event
You will receive the following reward:

First Contact Day Re-Enactment is a PvE Queue where players are invited to visit to Bozeman, Montana to engage in the construction of their own replica Phoenix toy rockets. This mission is only available during First Contact Day.

A few random events may occur multiple times during the event:

And a few other random events may only occur once per event: